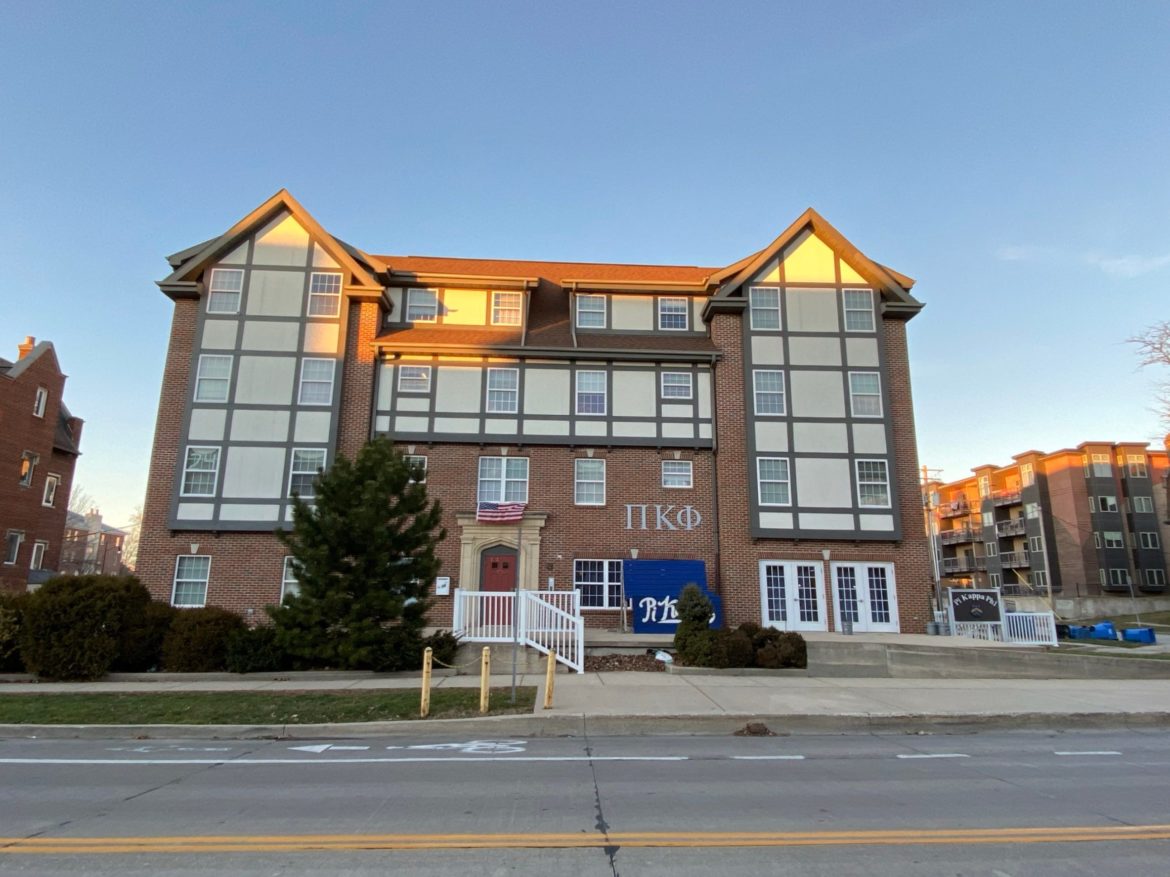 Pi Kappa Phi fraternity was among several other frats and sororities that were widely reported for COVID-19 violations. Pi Kappa Phi is on conduct probation through May 2021.

Pi Kappa Phi fraternity was among several other frats and sororities that were widely reported for COVID-19 violations. Pi Kappa Phi is on conduct probation through May 2021.

The University of Illinois brought an estimated 35,000 students back to campus in August, touting an expansive, saliva-based COVID-19 testing system that university researchers predicted would help limit campus cases to 700 by Thanksgiving break.

But even as the testing system, known as SHIELD, drew praise from national media and experts, the number of cases spiked within two weeks and eventually surged to 3,892 cases the Friday students left for the break.

While many students obeyed guidelines that included wearing masks and social distancing, a significant number of students held or attended large parties and social gatherings at Greek houses, dorms and apartments.

At the same time, bars in Campustown, the area around the university, did robust business during the semester.

While university administrators acknowledged the problems they faced, they maintained that the semester overall was a success because classes never stopped, and there was effective quarantining and cooperation with the two cities and the public health department.

Yet a review of more than 400 complaints about partying and public health violations, multiple disciplinary actions and partial lockdowns at apartment complexes show the impact of the partying and social gathering was far wider than previously recognized.

Public records show that four fraternities and one sorority have been disciplined and more than 1,500 students were disciplined.

In addition, dorms and other campus housing significantly limited students’ access at those buildings. What is not known is how many high rises and apartment complexes went into partial lockdowns without notifying public health or campus officials. The university did have a list of as many as 30 housing locations that were of concern because of testing.

Read the full story at CU-CitizenAccess