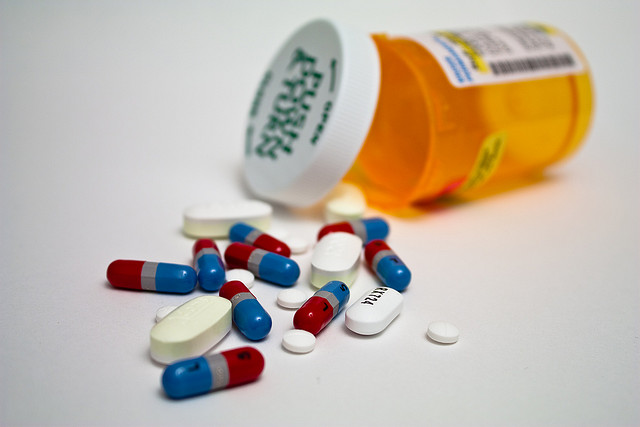 As Johnson County’s prosecutor since 2008, Cooper has witnessed the growing problem firsthand in his expanding caseload. As a brother, Cooper watched his own sister succumb to heroin addiction and die from an overdose.

Cooper also knows what type of sentence a heroin offender can expect to get in Johnson County. First time offenders are ordered to seek addiction treatment. Recidivists go to jail. When they are sent to be treated, Cooper knows what type of treatment they are going to receive.

There are two approaches to getting someone off heroin.

Many treatment facilities offer abstinence programs that require patients to stop using all drugs immediately. A much smaller cadre of facilities, known as Opioid Treatment Programs (OTPs), offer an alternative approach that involves weaning individuals off of heroin by providing them with a substitute drug, such as methadone or buprenorphine.

An addict arrested in Johnson County will invariably be sent to an abstinence program. Cooper has strong opinions about OTPs based on his professional and personal experience.

“The methadone treatment is complete bullshit. It’s just substituting one variation of an opiate for another one,” Cooper said. “My sister was addicted to heroin, and they tried the methadone step down and she wound up being addicted to methadone. Then she got back into the heroin to fix the methadone problem. She overdosed and died from it.”

Cooper is not alone in his opinions about OTPs. The use of methadone to help a patient fight their heroin addiction is extremely controversial and highly regulated. In Indiana, concerns about the practice were so strong that the General Assembly declared a moratorium on approving new OTPs in 2008. Today, the moratorium is still in place, restricting the state’s network of OTPs to its current size of 13 facilities.

Despite the opposition, there is also much evidence to indicate that OTPs can be an effective way to fight opiate addiction.

According to a report by the Indiana Family and Social Services Administration, 74 percent of OTP patients being treated for an addiction to a non-prescription opiate, typically heroin, in 2009 were successful in either reducing or eliminating their addiction. The success rate for prescription drug abusers was 67 percent in the same time period.

Such numbers, of course, mean that there were also a substantial number of patients who failed to recover from their problem.

Some experts, such as Dr. Eric Wright, director of the Indiana University Center on Healthy Policy, believe that the failure rate for OTP patients may be as high as 50 percent. Yet Wright believes that OTPs are effective, more so even than abstinence programs, and does not consider failed recoveries as an argument against using methadone and buprenorphine to reduce addiction.

“We know that abstinence only doesn’t work. We know that the failure rate there is a lot higher than it is in treatment programs,” Wright said. “People will often point to the high failure rate as a reason not to do it. That’s sort of like saying just because half of patients don’t survive triple bypass surgery, we shouldn’t do triple bypass at all.”

Even if OTPs do help many addicts overcome their problem, there are also concerns that methadone itself is often abused and sold illegally on the streets. Many experts, however, believe that methadone abuse comes from a source other than the programs.

“It’s fairly safe to say that the abuse of methadone that concerns the legislators is really being driven by the failure of primary care doctors who are using methadone to treat pain,” Wright said. “The legislators are trying to blame the wrong source.”

Whatever the justifications for the moratorium, it is clear that it has kept Indiana’s network of 13 OTPs smaller than the networks in many other states.

In the Midwest, Illinois has 71 OTP facilities, Ohio has 21, Michigan has 34, and Wisconsin has 15. In proportion to its population size, Indiana has .19 facilities for every 100,000 residents.

The relatively low number of OTPs in Indiana raises concerns for some that many patients are inconvenienced by the difficulty of accessing a facility.

“It’s ridiculous that some of our patients have to drive two hours to get here,” said Claudette Thor, the clinic director at the Evansville Treatment Center.

The lack of access also raises the possibility that some patients who require treatment are not seeking it.

Although the number of patients being admitted into both abstinence programs and OTPs in Indiana for heroin abuse increased from 775 in 2008 to 1,995 in 2012, according to data from the Substance Abuse and Mental Health Services Administration, these admissions numbers remain far lower than those found in neighboring states.

Thor believes there is a relationship between admissions and the number of facilities.

“The accessibility of treatment facilities in the area is going to increase the number of admissions,” Thor said. “I think Indiana needs more treatment centers.”

State Rep. Steve Davisson, R-Salem, agrees that Indiana might need to increase the number of OTPs as part of the resources needed to provide effective treatment for drug abusers.

“I believe there probably is a need out there for more of them, especially for underserved areas,” Davisson said. “If you look at where they’re located, they’re pretty much concentrated around urban areas, and there’s a lot of rural areas where the addiction problem is just as bad.”

As a member of the Commission on Mental Health and Addiction, Davisson listened to testimony last fall from Wright and other experts concerning the misconceptions surrounding OTPs. Despite the hearings, the commission did not recommend lifting the moratorium. Davisson did, however, sponsor legislation that he believes will help improve Indiana’s ability to treat addiction.

His bill, signed into law March 25, expands Indiana’s efforts to gather more information on the dispensation of prescription drugs, including methadone and buprenorphine at OTPs.

Wright is hopeful that the additional data gathered from OTPs will bolster the argument for lifting the moratorium.

“We’ll have real empirical data to be able to track where the prescriptions end up and if they get diverted. I think it may add to the case that OTPs are safe,” Wright said. “More data is always good with these things.”

Even if the new law did provide evidence in support of OTPs, however, it is not clear that the moratorium would be lifted. Whether because they have experienced personal tragedy in connection with an OTP, as Cooper has, or whether they oppose substituting one drug for another as a matter of principle, opponents of OTPs may not be easily persuaded, particularly in the Indiana General Assembly.

“Some of the opposition is in leadership roles and in certain committees,” Davisson said. “And they’re not going to go easily into the night on these issues.”

Nevertheless, Davisson is optimistic that the new data the state is gathering will be valuable in evaluating and improving Indiana’s network of OTPs.

“If we can show the need for these clinics to be available for more people, and if we can show that they are doing a good job and are being safely operated, than I think we can make a good argument for opening more clinics in underserved areas,” he said.