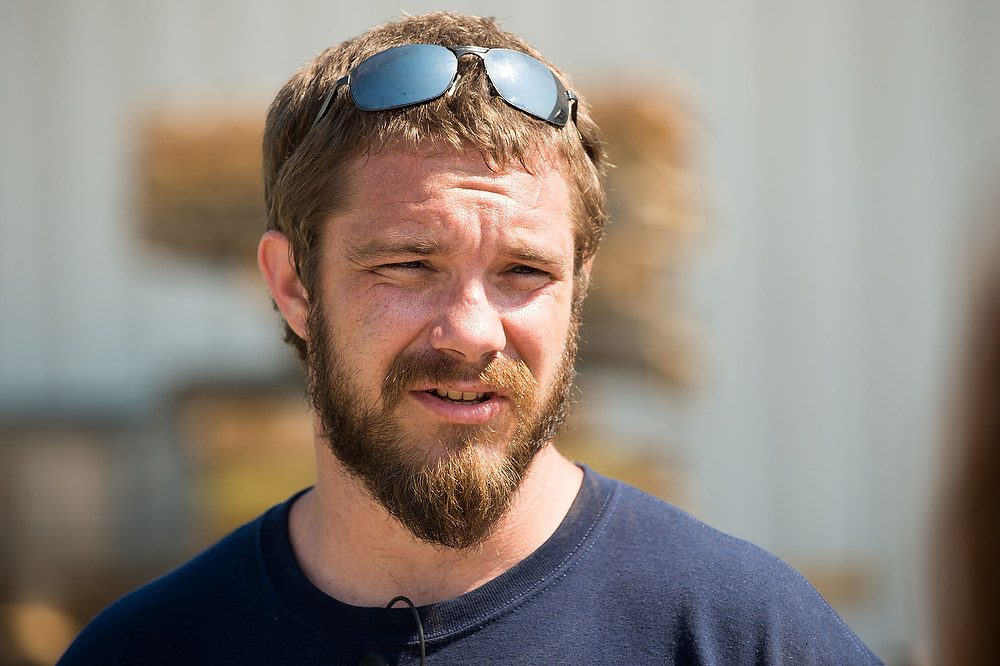 Recovering meth addict Michael Pasley talks about his journey near his workplace in Charleston, Ill., on Wednesday, Sept. 11, 2013.

Two decades later, his use came to a quick end when he was arrested April 5, 2010, in Mattoon, Ill. The arrest came after he spent 22 straight days high on meth.

He had been in a friend’s garage for about the final two weeks “just cooking and doing dope” before the police found him, said Pasley, 35.

Yet during his two decades of meth use, Pasley was not always quite so addicted to the drug.

He was making good money pouring concrete during the summer construction season in 2008. He did not have the time — nor the need — to make and sell meth. But during the winter, the hours dried up.

So did the paychecks.

“An idle mind is a bad thing,” Pasley said. “When you don’t have something to do, you get restless. I knew if I manufactured meth, I could have money.”

When Pasley used meth, it was a weeks-long commitment. He would begin this period by either snorting or smoking the drug while being sociable. As the days wore on, he would shoot it intravenously and avoid all contact.

“Towards the end, I would do probably three really healthy shots in one day,” he said.

Doing meth intravenously keeps a user high for a shorter time than other methods, but it also makes the high more intense, according to drug enforcement officials.

For Pasley, using meth was only one way to get high off of it. Making meth and giving it to others also gave him an enormous sense of power, he said.

“I could control people: when they slept, when they ate, what they would do,” he said. “I would make a batch and I’d stop by somebody’s house at two o’clock in the morning. If they were asleep, I’d knock on the door and I knew for a fact as soon as they’d see me, they would be up.”

He would spend two or three days doing it with them, then take off and leave the users drugged up.

The day of his arrest was the last day Pasley said he ever used meth. Pasley said that during the height of his addiction, he would “do probably three really healthy shots in one day.”

His health is currently okay, he said, though he has difficulties with his short-term memory and often loses his train of thought mid-sentence.

“I can tell that I’m not the same person that I used to be,” he said. “I lost my daughter, which I’m in the process of trying to get home. I lost my wife. I lost every possession that I had, every personal item.”

Every week, Pasley attends four addiction meetings, a parenting group, a family education course and drug court appointments. He must report for a urine test every morning.

He has an 8 p.m. curfew every evening and only gets to see his 2-year-old daughter Luci for two hours per week, but he knows it is all part of the process to “make up for lost time.”

2 thoughts on “Two decades of meth use”