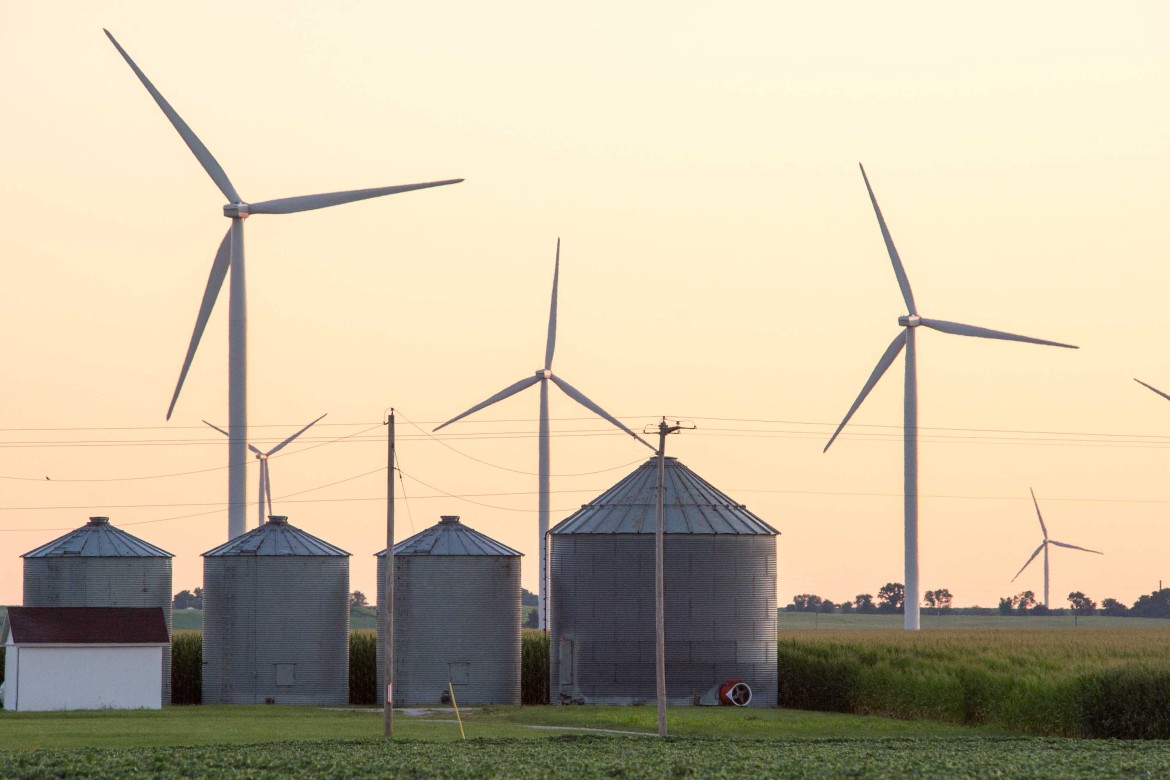 Residents of Tipton County continue to fight the construction of Wildcat Wind Farm, and Jon Thompson, a farmer with 28 turbines on his property, isn’t quite sure why.

“I don’t understand why people would be against it,” Thompson said. “It’s not just generated income for us but also for our community.”

The Tipton County Citizens for Responsible Development, an opposition group that has formed in response to the Wildcat Wind Farm, lays out its concerns about turbines on its website, www.tiptonwindconcerns.com.

They include a negative impact on property values and a negative impact on health because of noise and frequency levels of the turbines. The site sums up the concerns in an appeal to the ideal of a quiet rural lifestyle: “Distressed by the wind turbine noise, the rotating shadows and flashing warning lights. A feeling of having lost the values that motivated them to move and live in the countryside…”

Members of the citizens group could not be reached for comment. As to their concerns about noise pollution, experts have differing views.

“Wind turbine noise is an ‘urban myth,’” Rebecca Barthelmie, Indiana University atmospheric science and sustainability professor, said in an email. “In other words there is no scientific evidence or properly conducted sociological research that backs up the assertion that wind farms cause ‘severe distress.’”

A study presented in September 2012 at the Institute of Noise Control Engineering, however, shows otherwise.

Residents of Falmouth, Mass., where three industrial wind turbines were erected, experienced “adverse acoustic and health impacts,” according to the study, and eventually one of the turbines had to be shut down because residents filed so many complaints.

Noise level, which is measured in decibels, accounts for the volume of a sound. Brabson said noise level decreases as you move farther away from the source.

However, frequency, which is measured in Hertz, refers to the number of vibrations that occur with a sound. Sometimes sounds can be inaudible, but still have a rate of frequency or a vibration attached to them. The difference between the two is that frequency does not decrease as you move away from the source.

“It’s the pushing and pulling of air molecules back and forth toward you separated by three seconds,” Brabson said. “You can go 20 miles away, set up a really sensitive device and you’ll still feel it.”

Thompson and his family live on the edge of the area that the wind farm takes up with the nearest turbines three-quarters of a mile to the west and a half mile to the south, he said.

“In the summertime I’ll stand outside on my front porch and if the crickets are really quiet I’ll hear the whoosh of a blade,” Thompson said.

But he said he’s more likely to hear a semi-truck driving down the road than to hear the turbines.

Zoning officials view low frequency noise, which is considered anything ranging from 10 Hz to 200 Hz, as an environmental noise problem to people in their homes. Benton County regulations forbid frequencies lower than 63, measured 200 feet from a turbine, and White County has similar regulations for all structures that may give off low frequencies.

The lowest note on a piano is 27 Hz. It is a deep note, but it is also constant.

The lower a frequency drops the more repetitive the sound becomes. Instead of a hum like the note on the piano, which most humans can let fade into the background, the lowest frequencies are more like a repetitive thumping vibration.

“In the Falmouth study people were really bothered by certain frequencies,” Brabson said. “I have no doubt they were really annoyed.”

In addition to teaching a course on environmental physics, Brabson also owns a summerhouse in Falmouth, Mass., where the study took place.

He described Falmouth as a “very intensely built up area,” quite unlike much of the rural land where turbines have been or are planned to be built in Indiana.

The problem the Falmouth study found was that for these very low frequencies that the turbines were emitting, residents could not escape the vibrations inside their homes, since vibrations can travel through walls.

Brabson has actually visited the wind turbines in Falmouth himself and said he didn’t hear anything. “I’ve driven out to the mills and it’s very, very quiet and normal,” he said. “If you’re standing at the base of the turbine it’s going, whop, whop, whop and you can hear that.”

Thompson said he thinks his county was more willing to add wind turbines because they were approached so early on before much was known — positive or negative — about the effects of wind turbines.

“I wouldn’t say we’re more of a progressive county,” Thompson said. “The media can create a frenzy, and if you read enough articles on any subject you can find evidence to support your view.