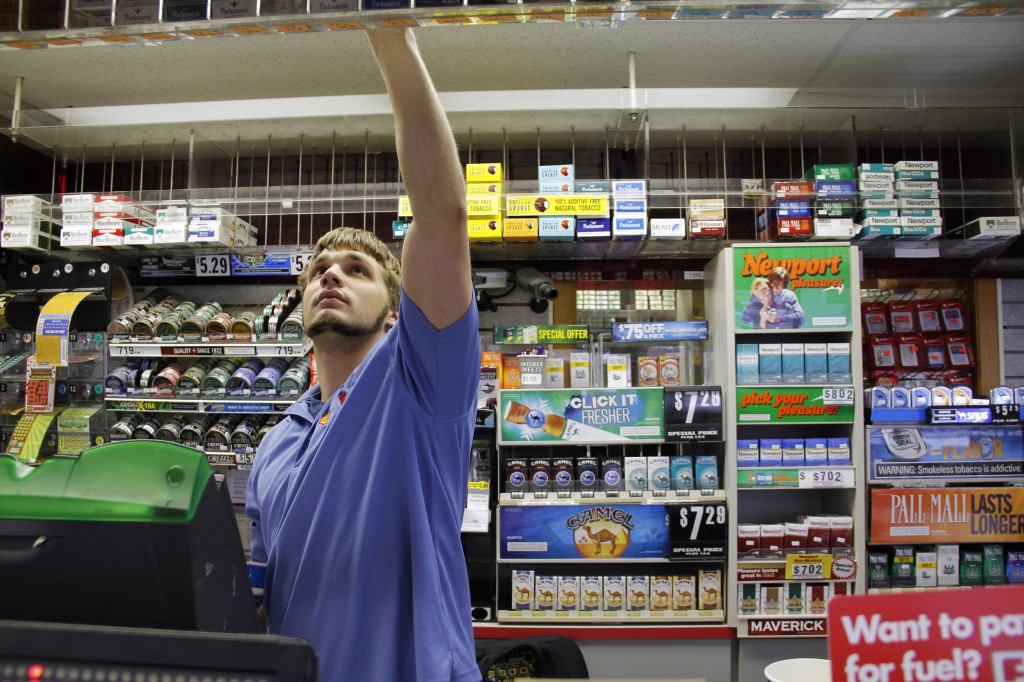 UW-Madison junior Eric Cardinal was working at this gas station near campus when he got a text alert about a suspect who happened to be in the store with him. He pushed a silent alarm and police made the arrest.

On March 5, University of Wisconsin-Madison junior Eric Cardinal was working the late shift at a Shell station near campus when he read a text alert from the university warning of a suspected shooter on the loose: “Police looking for Male/Black wearing red & black flannel shirt headed west out of University Houses.”

Then Cardinal saw a man in his store duck, as a police car rolled through the parking lot.

“That’s when I assumed he was one of the suspects they were looking for,” Cardinal said.

In the wake of campus shootings the past five years, police throughout the nation are using text alerts to deliver warnings and advice to students in emergency situations. The concise messages are delivered to all students, faculty and staff — except, at many campuses, for those who haven’t signed up.

Only three of the University of Wisconsin System’s 13 four-year campuses — Platteville, Stevens Point and Parkside — have more than half of students, faculty and staff signed up to receive text alerts, according to a review by the Wisconsin Center for Investigative Journalism.

The overall participation rate for all 13 campuses is about 32 percent, the Center found, based on data from each campus. Some campuses provided exact counts, while others only had estimates.