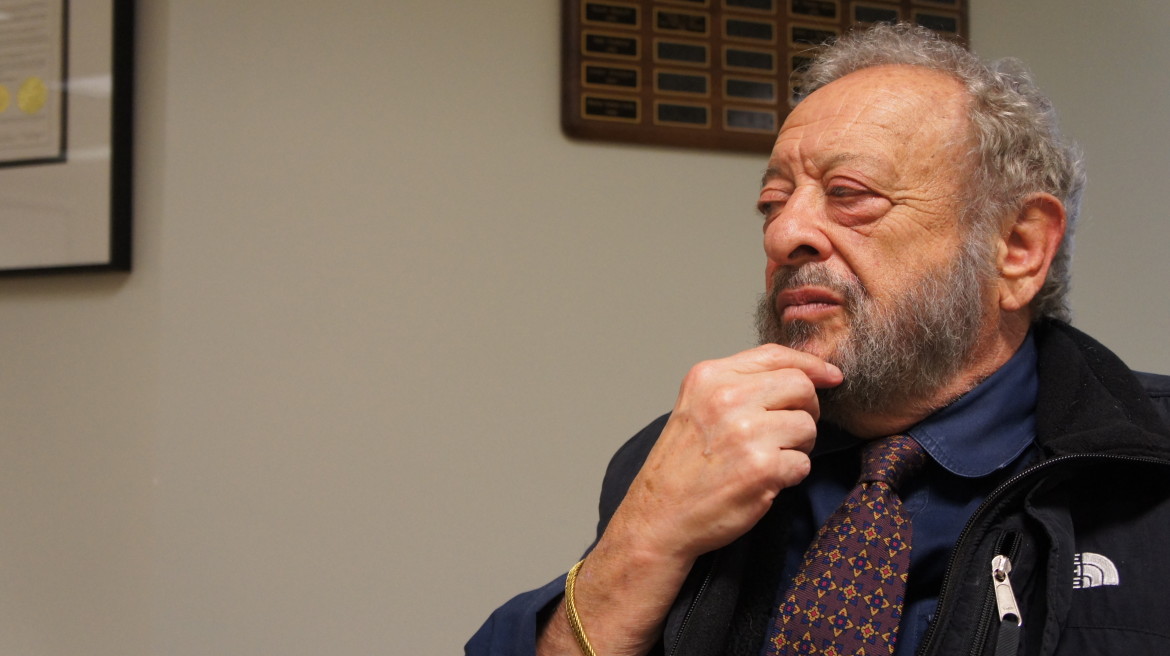 Alan Kalmanoff, director of the Institute for Law and Policy Planning.

The transition for mentally ill inmates from the Champaign County jail to community services is seriously hampered by a lack of coordination and communication between the jail officials and local mental health providers, according to a top county mental health official and a jail consultant hired by the county.

The consultant (pictured right), Alan Kalmanoff, director of the Institute for Law and Policy Planning, said the current system is a failure and called it “an earthquake of an issue.”

He said the mental health board “has done an admirable job of using our local resources to address gaps in the behavioral health system created by State of Illinois funding cuts, but unfortunately we can’t manage to cover all of the gaps.” Alan Kalmanoff, director of the Institute for Law and Policy Planning.

Kalmanoff said community counselors do not have a consistent and formal way of knowing when an inmate who needs mental health treatment is released. Counselors have an informal system in which they rely on a jail contractor counselor or County Sheriff Dan Walsh to alert them about inmates who need treatment.

The issue received a public airing at a recent Champaign County Mental Health Board meeting when Kalmanoff met with the board for the first time to discuss the need for a stronger mental health system for released inmates. The Mental Health Board has a $3.4 million budget for prevention and treatment that it distributes to community programs.

Approximately $150,000 of that goes to an annual contract with Community Elements, the primary publicly funded behavioral health provider in the county, Tracy said.

Walsh issued a report last year that said on one day in January, 53 inmates had acute mental health needs. In addition, the report said that from 2009 to 2011, the number of mental health watches increased from 146 to 654. A mental health watch means that an inmate needs to be isolated and observed.

Currently, Correctional Healthcare Companies, a national provider of correctional healthcare, provides mental health and medical services to inmates in the two jail facilities in Champaign County under a $517,324 annual contract.

“They basically triage, they deal with the acute issues, try to get people stable,” said Walsh.

In January Walsh wrote a letter to Illinois senators and representatives, asking them to do something about the lack of mental health facilities and treatment in the state.

In the letter, Walsh described the large population of mentally ill inmates in the jail and how “on the street we have a lot more people who need substantial long term care…but cannot find or afford it.”

Since 2011, there has been talk of building a new jail or adding on to the satellite facility to remedy maintenance and layout problems in the downtown facility, as well as provide better housing for mentally ill and low-security inmates. This led to the county’s hiring of Kalmanoff and the Institute for Law and Policy Planning in October 2012 for $119,865 to complete a needs assessment of the Champaign County Jail. The Institute for Law and Policy Planning is a Berkeley, Calif. nonprofit policy and research organization that specializes in criminal justice system evaluations.

Kalmanoff said he had found there is no “map” or clear path for mentally ill offenders to follow once they are released from jail. Furthermore, there is no way to ensure inmates seek treatment once out of jail.

“One of the large hurdles that we’ve had is when someone is released from jail, they typically do not always follow up the services,” said Community Elements staffer Becky Griffith, who handles referrals and screenings for inmates who wish to be linked to their services. “So we’ve made that connection with them, but they’re not coming to us right after they’re released.”

There is no requirement for inmates to seek care once they have been released from jail. Griffith said that the shortcoming of the current system is that Community Elements does not have staffers who are present in the jail because the jail outsources its mental health services.

But Griffith said she does work with the mental health contractors’ counselors to provide some inmates with mental health services once they leave the jail. She said those counselors let her know if inmates need to be connected to therapy, case management, or other services upon their release. Griffith said that having one centralized, local agency work with inmates in the jail would make a big difference.

During the mental health board meeting, Kalmanoff questioned Griffith about the effectiveness of the system and concluded that “it’s not working well – at all.”

Kalmanoff said later, “It was quite surprising to find the lack of a system. I wouldn’t call it an anti-system, but it resembles an anti-system in which somebody could go crazy trying to negotiate it.”

He also questioned whether there is a “turf” war, meaning that jail and community counselors don’t seem to want to share the care of the inmates.

Representatives from Correctional Healthcare Companies could not be reached for comment.

During the meeting, Griffith told of the successful case of a homeless man who was eventually referred to Community Elements through the sheriff and state’s attorney.

“What the man had said is, ‘It’s cold. If you release me, I will reoffend so I have somewhere to sleep,’” Griffith said.

Griffith said she connected him to a homeless shelter and Prairie Center for drug abuse.

But Kalmanoff said one success story did not overshadow the fact that most mentally ill people released from the county jail do not get treatment.