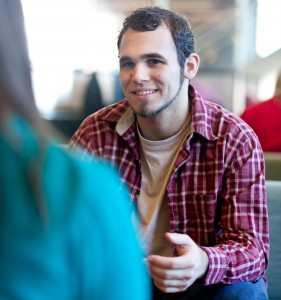 More college students are arriving on campus reporting serious mental health problems and more students are threatening suicide than in the past. But some college counseling services, such as those at Southern Illinois University at Carbondale, are so understaffed that many students have to wait weeks before getting help.

That is one of the findings of a five-month investigation of colleges and universities in four Midwestern states.

Last year, about 40 students at SIUC threatened to commit suicide, counseling officials say. Counselors use a triage system to try to identify those with such urgent mental problems when the students first walk in the door. Those without urgent problems have to wait about three weeks to see a counselor.

The situation at SIUC is common in other Midwestern states. Counseling and psychiatric services are buckling under the increased demand from students entering schools with more serious illnesses than seen before. A national survey of college counselors last year found that the percentage of students reporting serious mental problems had nearly tripled over the past decade.

Many counseling services are failing to meet the nationally accepted standard for counselor-to-student ratios, leading to longer waits for assistance and limited number of sessions.

In addition, there is broad confusion among counselors about when they can contact family members when a student is suicidal or dangerous, according to an Illinois study. Many counselors think that federal privacy laws prohibit such contact, even though there are exceptions when necessary to protect the health or safety of a student.

This confusion comes at a time when student suicides are one of the top causes of death among students of college age. A recent University of Virginia study put mortality rates for suicide above alcohol-related deaths for young people.

In addition, many campuses have not implemented key recommendations made to improve campus safety and mental health services in the wake of the fatal shootings at Virginia Tech in 2007 and at Northern Illinois University in 2008.

At the same time, counselors are seeing more students entering college with a history of mental illness. “If someone had a mental illness, college was not a feasible option,” Christy Hutton, programming and communications coordinator for the University of Missouri’s counseling center, said. “They either received long-term treatment for their illness or they were placed in a closet and hidden from the rest of society.”

She said now it is possible for most students to juggle outpatient care and college coursework because of treatment and medication received before they enter college.

The five month investigation by the Investigative Journalism Education Consortium reviewed services at campus counseling centers in Wisconsin, Illinois, Indiana and Missouri. The review found that centers often fell far short of the number of mental health providers recommended by the International Association of Counseling Services.

As a result, students in need wait weeks for appointments and get only a few session. In some cases, outreach programs and preventative services have been cut, reduced or turned over to trained students to run.

“It means making tough choices,” said Carla McCowan, director of the counseling center at University of Illinois Urbana-Champaign. “It’s a nick here and a nick there because I can’t cut people, really. I can’t cut clinicians.”

The situation is frustrating and worrisome for many students.

For example, when University of Wisconsin senior Rachel Steidl sought counseling services this year, she was assessed the same day under a new process at her Madison campus. But because her immediate needs weren’t deemed urgent, she was asked to wait three weeks for her next appointment.

“If my depression gets worse, it could escalate,” Steidl said. “I want to avoid getting to the point where I have to call the crisis hot line.”

As part of its review, the consortium culled through data and documents and conducted numerous interviews with mental health providers, experts, university administrators and students.

Among the consortium’s specific findings:

Simmons added, “For the past 10 years, we have had a built-in triage system and so we really make an effort to meet every student when they come in to make an initial assessment.”

The consortium also looked into other issues related to mental health on campus, including psychiatric treatment and the creation of behavioral or threat assessment teams.

In some instances, it was difficult to assess problems because campuses did not provide information despite repeated requests.

A 2011 National Survey of Counseling Center Directors found an influx of students with serious psychological problems including large increases in crisis issues that require an immediate response and an increase in students arriving on campus already on psychiatric medication.

“Sometimes counseling centers have to decide which is the least worse because there’s no money,” Dan Jones, president of the Association for University and College Counseling Center directors. “There are some things you just can’t address because of the budgets.”

This story was reported by professors and students of the Investigative Journalism Education Consortium. It was written by William H. Freivogel, director the School of Journalism at SIUC; Brant Houston, Knight Chair in Investigative and Enterprise Reporting at the University of Illinois; and Pam Dempsey, project coordinator of IJEC.