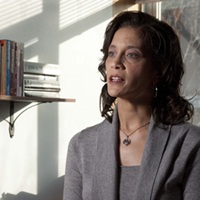 The University of Illinois Urbana-Champaign is seeing more demand for mental health services but is struggling to meet that demand.

More of the university’s students are on psychiatric medication and more students are diagnosed with severe issues such as depression and anxiety than in years past.

For most college campuses across the nation, this is now considered “the norm” rather than atypical, Carla McCowan, director of the Counseling Center at the University of Illinois Urbana-Champaign said.

Cowan said that years ago counselors dealt with students saying they had problems with roommates or were homesick or having trouble in classes.

“We still see students that complain of academic difficulty or roommate problems but it is simply that it is rarely their only issue and so many more students have severe presenting issues,” McCowan said now, “Almost everyone comes in talking about severe symptoms of depression, severe problems of anxiety, suicide, suicidal thinking or thoughts.It’s not unusual to see one right after the other, it’s more common,” she said.