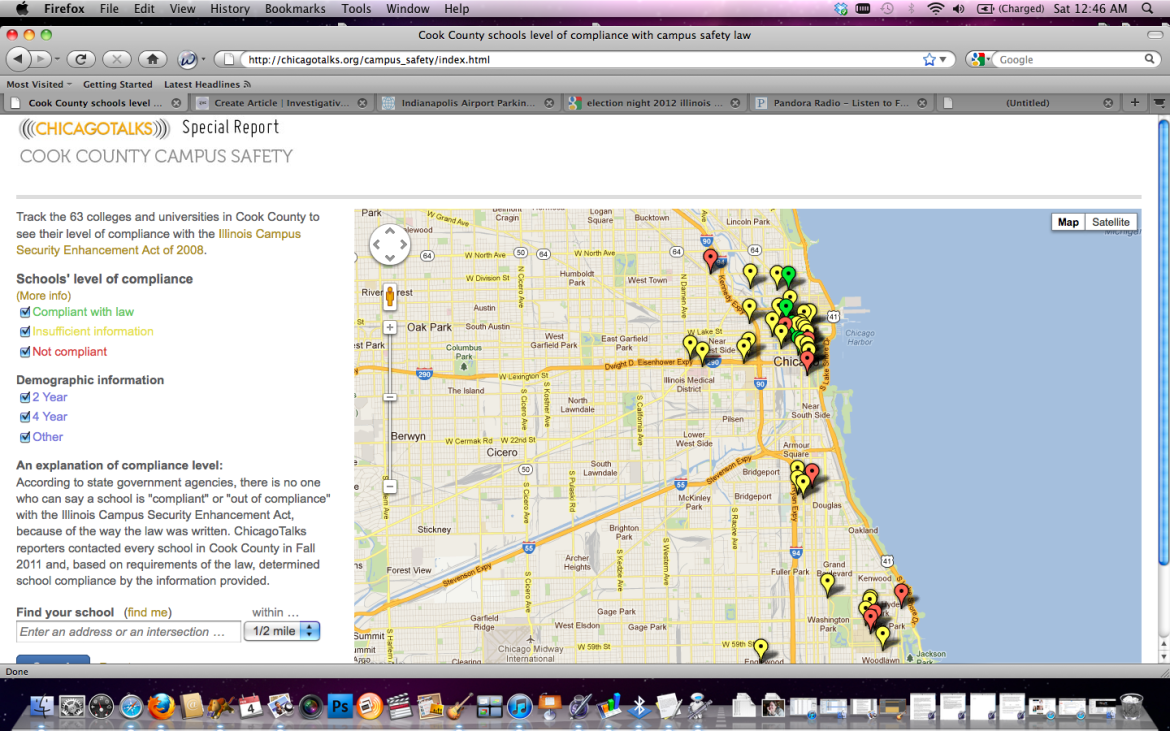 Just a handful of the 63 higher education institutions in Cook County appear to be following a law that requires all Illinois colleges and universities to adopt safety policies and procedures meant to keep students safe.

The plans must be prepared in partnership with the school’s county or major municipal emergency response agency – in Cook County, that’s the Chicago Office of Emergency Management and Communications – and training must be held at least once a year.

But it may not matter that schools are breaking the law since state officials say they don’t have the power to enforce it.